Cryptocurrency development of an automated trading platform. This is a big and interesting project that took more than 1.5 years. But about everything in order

The main task was to assemble a team of specialists who would be able to implement something unusual; such projects did not exist at that time, and in fact we were inventing a wheel.

The main points on the tasks:

1. Develop an automated platform for selling cryptocurrencies with bots

2. Make a complex technical task, breaking it into blocks and stages.

4. Project management with the setting of appropriate tasks between the participants 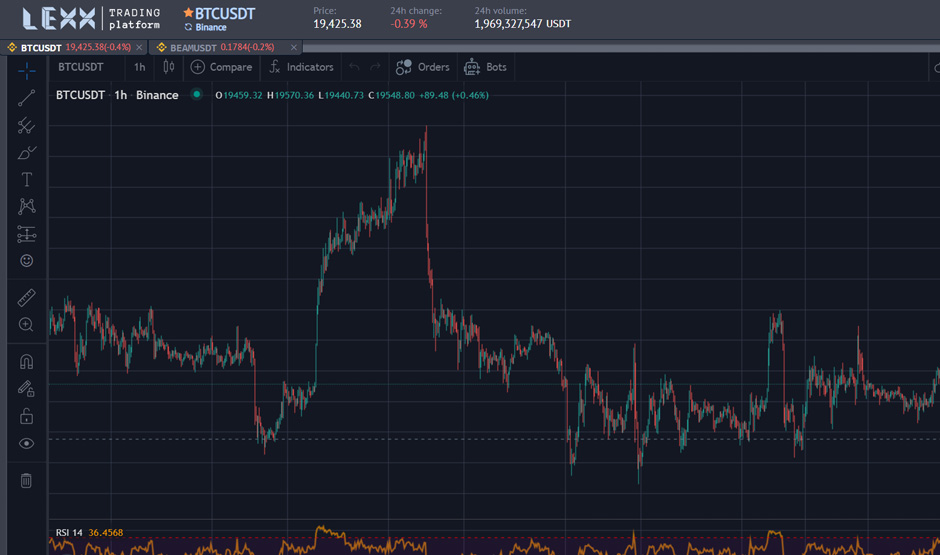 The first problem is a competent and qualified team. You should never save on: HR, test tasks (possibly paid). The level of specialists is not lower than Middle. Also, the presence of CTO and PM in the team is mandatory, because in the long term they will save money and time. QA testers are mandatory as well.

The second is proper financial planning for all stages of development.

The third is to protect yourself from pests (team members) who may start putting sticks in the wheels in the middle of development – it is all about NDA, risks, responsibility, preferably financial.

After writing all the technical tasks and compiling the roadmap, PM and CTO should break down all the processes to the smallest detail, distribute the load, deadlines and verification, assign responsible people to GitLab, and check the progress daily. It is more efficient to split large task pools into smaller ones. They are easier to control and check. These are all known truths, but without this, the project is doomed to failure, and losses.

Since this is a trading terminal, it implies a lot of workspaces (wide screens, monitors, and televisions). It was important to take into account all the details in the design so that the user could intuitively understand which button in which area is responsible for what. It is also necessary to provide a day and night design option, since users will spend a long time at their monitor screens, for the safety of vision and comfortable use of the platform. Mandatory A/B testing – in addition to the audience of professional traders, for whom usability is important. However, functionality is more important - an independent audience is also needed. The maximum amount of feedback to rework it and give the final result of the design. So to say that grandma could trade cryptocurrency in profit :) by turning on the bot ASH (Aftershock). Looking ahead, I would like to note that the product was originally developed for everyone. Unfortunately or fortunately – without basic trading knowledge, it will be difficult to trade using the platform. However, the whole project grew on the basis of enthusiasts from a small community on Telegram, which turned into a huge trading school. That is the course of a young fighter for someone. However, there were also professional traders who had been trading for several years, who prepared those who wanted on a paid basis.

Frontend and backend. Immediately there were questions about which charts to use on the platform? The top developer at that time was the TradingView company, and our choice stopped there. We negotiated, signed a license agreement, and got access to the library on Github.

Back-end – here the beginning was dramatic. Do you remember about the team? This is the most important thing – a qualified team whose members are really middle and above. Initially, a cloud was purchased on Leaseweb, it is a great product. However, my subjective opinion is that the Dutch are such Dutch. Technical support works from 9.00 – 17.00, lots of tulip holidays, weekends, etc. But these are nuances, because technically Leaseweb fulfilled all its obligations for 100%.

The mistake was initially the choice of technology stack, PHP, MySQL, Redis, Node JS, Vue.js, microservices, socket IO. Jumping off a cliff with a parachute from different pieces of material, where the oncoming flow supports, but the force of free fall will invariably lead to a collision with the ground. The first release was not very successful. The terminal worked, but a lot of bugs and different architectures did not have the right to live.

After an unsuccessful attempt, it was decided to rewrite the entire architecture, for which new specialists were found.

A new team – according to the main rule, qualification! The entire architecture was rewritten in Node JS. Moved to Amazon. Everything went faster with the new team. The important point was not to wait for a full-fledged release, but the release of alpha and beta versions so that users get used to, use and give feedback. And from our side to respond competently and promptly to emerging problems. Of course, after all the necessary security tests, they began to launch users en masse. And weekly updates, improvements, and new functionality – received loyalty from users.

Then we finished cooperating with the customer company. Some people remained in the team and continued to develop this project. The functionality far surpassed the tasks originally set. To date, the platform has been pumped so much that the response speed is ten times faster than, for example, the Binance exchange. Drawing graphs, a huge number of bots.

What else was important in this project for the team? Of course, it is mandatory, since this is a trade and financial instrument, to conduct training, study and streams so that each participant fully understands what he is doing in general. And not only saw the code according to the technical task. This increased development efficiency and the team's immersion in the project. After going through the entire cycle on your own and trading, having a deposit, understanding the bot settings, then there will be answers to questions for what or how to improve. This creates a certain climate in the team and everyone will be able to contribute.

The following trading bots are available for use on the LEXX Trading Platform:

You can order development on the blockchain here

Go to the website
Order the same Get a price